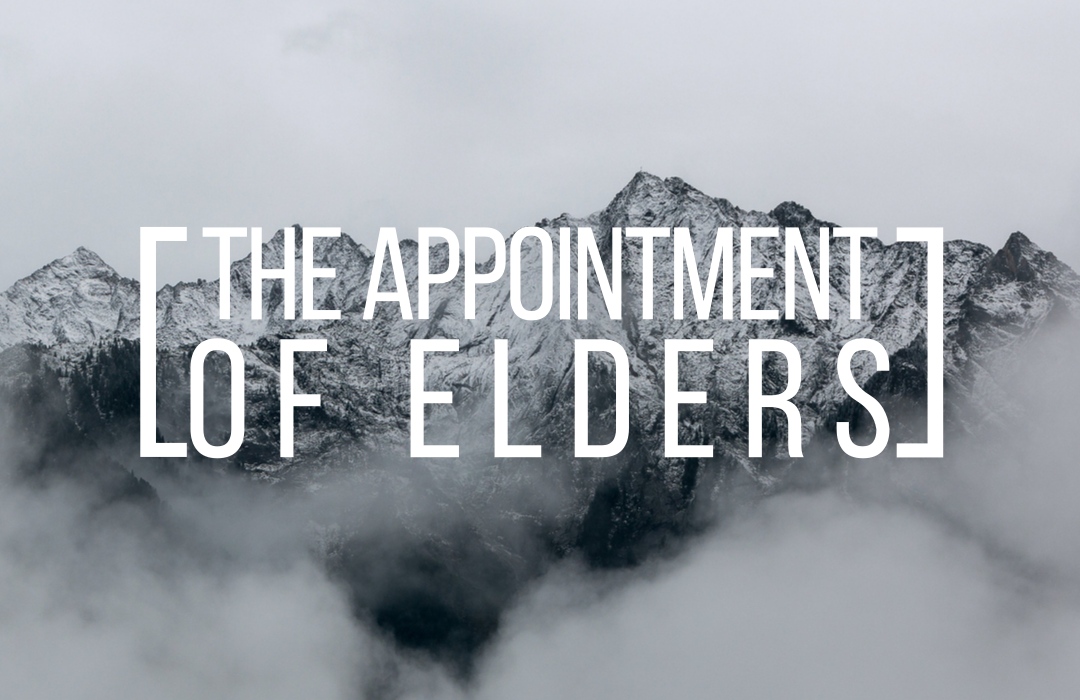 This past Sunday, we had the privilege of ordaining one of our very own to public ministry. Since becoming a pastor in 2015, the Lord has blessed me with opportunities to ordain several men to public ministry. At my previous church, prior to coming to Green Run, the Lord led us to ordain two men to elder leadership, and four men to the deacon ministry. At my first church (back in 2015), I had the privilege of ordaining several men to the deacon ministry. The Lord has even given me the privilege of training two men to become lead pastors in their own churches.

At some point in the New Testament, the leadership of the church was passed down from the apostles to elders. In Acts 2, after the Lord saved about three thousand people on the day of Pentecost, “they [the church] continually devoted themselves to the apostles’ teaching and to fellowship, to the breaking of bread and to prayer” (v. 42). And then in Acts 4, the believing community is called a “congregation” (v. 32), and as the congregation was gathered together, the apostles were “giving testimony to the resurrection of Jesus Christ” (v. 33). The Scripture also says that when individual needs developed, the apostles were in charge of distributing goods and meeting the needs of the members (v. 35).

In Acts 5, the apostles practiced oversight of church discipline and the correcting or rebuking of sins. When Ananias and Sapphira lied about a certain gift they gave to the church (v. 2), the apostle Peter confronted both the husband (v. 3), and the wife (vv. 7, 8), and the Lord was pleased to execute His judgment through Peter (vv. 4, 9).

Finally, in Acts 6, when a group of widows began to complain about the distribution of food (v. 1), the apostles had the authority to appoint deacons to oversee this matter (v. 2). Notice that the apostles were leading the church in the preaching of the word and prayer, and they did not want to neglect this part of their ministry for serving tables (vv. 2, 4).

What’s my point? Scripture is clear that the leadership of the church, which included the preaching and teaching, praying for the members, exercising church discipline, shepherding the church, and making spiritual decisions belonged to the apostles.

But, at some point in the New Testament, these responsibilities were transferred from the apostles and unto the elders. When did this happen? When the apostles began to plant churches across the world.

Obviously, we know that the Lord originally chose twelve apostles (Matthew 10:2-4). One of the twelve, Judas Iscariot, betrayed Jesus (Luke 22:48), and after he died (Matthew 27:5), the rest of the apostles, by the direction of the Holy Spirit, chose Matthias to replace Judas (Acts 1:26). So, the number of the apostles increased back to twelve. But after Saul, also known as Paul, was converted, the Lord Jesus appointed him as the thirteenth apostle (Galatians 1:1).

Then, sometime after Paul was appointed an apostle, he became a member of the church at Antioch, where he also served as a teacher alongside of Barnabas (Acts 11:25, 26). Then after a year, the Holy Spirit selected Paul and Barnabas as missionaries, and He called them to the region of Galatia where they preached the gospel and planted several churches. But here begins the turning point in church leadership. Now that churches were being planted across many regions, and there were only thirteen apostles, and these apostles couldn’t be at different churches at one time, the apostles began to appoint elders to lead these new churches. Acts 14:23 says, “When they [Paul and Barnabas] had appointed elders for them in every church, having prayed with fasting, they commended them to the Lord in whom they had believed”. Do you see that? During the apostle Paul’s first missionary journey, when the Lord began to plant churches across several regions, the apostles appointed elders in every church. Why? In order to lead them once the apostles left the area to continue the work of planting other churches.

And we see this transfer of leadership the rest of the way in the New Testament. In Acts 16, the elders began to make spiritual decisions for the church (v. 14). The elders of the church started to practice oversight when it came to caring for member’s needs (Acts 11:30). The elders who labored in preaching and teaching began to be supported by the local churches (I Timothy 5:17). The elders were leaders of the praying ministry (James 5:14), and the preaching ministry (I Timothy 3:2). When Paul knew that he was nearing death (Acts 20), he called for the elders and gave them the responsibility to teach (v. 20), to oversee and shepherd the church (v. 28), and to be alert and to guard the church from wolves (vv. 29-31).

At some point in the New Testament era, an actual office was made for elders. This office had several qualifications that elders had to satisfy including practicing oversight, teaching, and rebuking those who are found to be in opposition to the faith (e.g., I Timothy 3:2; Titus 1:9).

The Scripture is clear that the transfer of leadership in the church was moved from the apostles to the elders. The responsibilities that the apostles had in the early church became the responsibilities of the elders. There is a reason why the Lord never appointed further apostles after the death of His thirteen. And the reason is because God was pleased to make elders the shepherds and leaders of His church. Hence why we see Scripture instruct members to “Obey your leaders and submit to them, for they keep watch over your souls as those who will give an account. Let them do this with joy and not with grief, for this would be unprofitable for you” (Hebrews 13:17).

What a pleasure to see Pastor Mark ordained.

Core Tenets of the Christian Faith: The Doctrine of Scripture

The God of all Comfort